What are the companies owned by Kroger family? Kroger is a large grocery store chain in the United States. It was founded in 1883 by Bernard Kroger. The company operates more than 2,700 stores in 35 states under various local brand names including Kroger, Ralphs, Fred Meyer, Harris Teeter, Food 4 Less, and others. Kroger is the second-largest grocery store chain in the United States, behind Walmart. The company also has subsidiaries that operate department stores, convenience stores, and jewelry stores. Kroger's headquarters are in Cincinnati, Ohio. 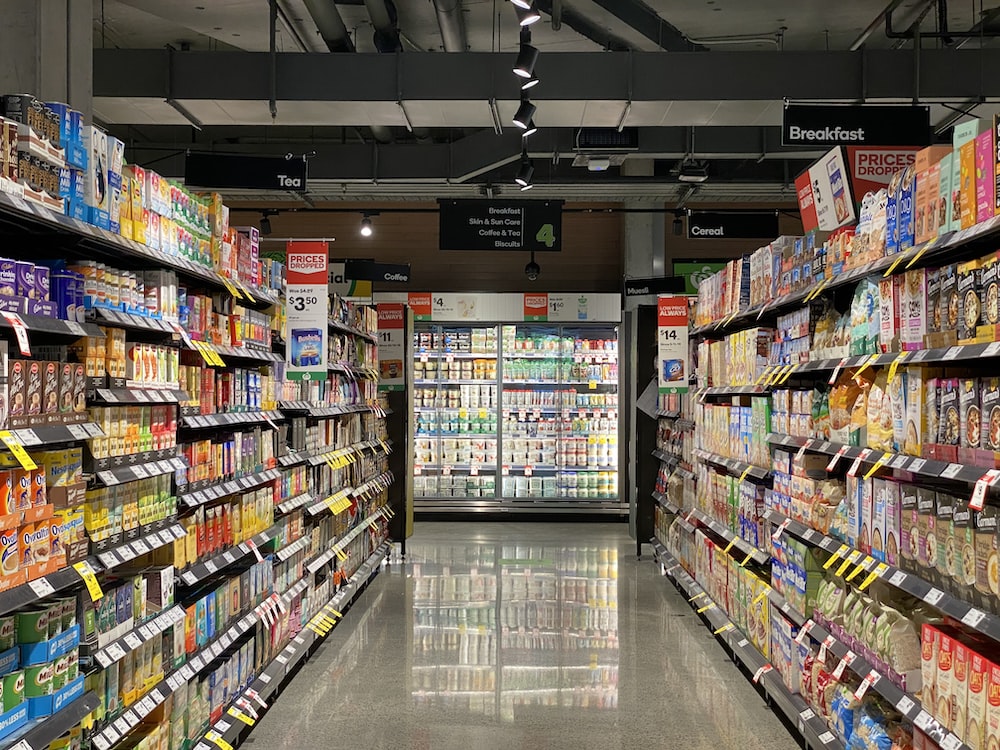 Most well-known companies owned by Kroger

What are the Kroger owned stores around the United States?

1999 was a big year for Kroger, as they merged with Fred Meyer. This was a strategic move on Kroger's part, as Fred Meyer not only owned Food 4 Less, QFC, Ralphs, and Smith's, but it was also a one-stop shop.

This made Kroger a force to be reckoned with in the industry. Customers flock to Fred Meyer stores for their convenience and wide array of products.

From fresh fruit and vegetables to beverages, dairy products, electronics, cleaning products, and other household items, Fred Meyer has it all. Additionally, their pharmacy and health section offers customers health and wellness products, beauty and personal care products, as well as vitamins and supplements.

On average, Fred Meyer stores are more than 165,000 sq. ft and stock more than 225,000 products. This merger proved to be a wise decision for Kroger, as they are now one of the leading grocery store chains in the country.

Dillon's is a regional grocery store chain based in Kansas and owned by Kroger. The company was founded in Hutchinson, Kansas, in 1913. In 1983, Kroger acquired Dillon's in exchange for stock valued at about $750 million. The merger played a critical role in the growth of the Kroger brand by making it a coast-to-coast operator specializing in food, drugs, and convenience stores.

As a division of Kroger, Dillons offers different types of products and operates stores in various states, including Kansas, Manhattan, Wichita, and Topeka. Since the merger, Dillon has been managed like the Kroger chain of supermarkets and continues to provide quality products and services to customers across the Midwest.

Fry's is a supermarket chain that is owned by the grocery store company Kroger. It was founded in 1972 and was originally part of the Dillons supermarket chain. However, after Kroger merged with Dillons in 1983, Fry's became a part of Kroger.

Although it is now owned by Kroger, Fry's has kept its brand name and is the dominant supermarket chain in Arizona. It has over 120 locations across the United States, most of which are located in Arizona.

Fry's offers a wide variety of groceries and household items at competitive prices. It is known for its friendly customer service and its convenient locations.

Ralphs is a division of supermarket chain Kroger. As one of the largest subsidiaries of Kroger, it was acquired as part of the merger with Fred Meyer. Ralphs's locations are mostly found in California, but after the recent merge with Roundy's, Kroger's reach has expanded to the northern Mid-West and Mid-Atlantic states.

The majority of Ralphs's stores are owned and operated by Kroger, but there are a few franchise locations as well. Ralphs offers a wide variety of grocery items, from fresh produce and meats to packaged goods and household items.

They also have a large selection of organic and natural foods. In addition to groceries, Ralphs also offers services such as prescriptions, financial services, and fuel stations.

Kroger's merger with Ralphs in 1995 brought Food 4 Less into the company's portfolio, giving Kroger a wider footprint and more stores in different locations across the U.S. Customers can take advantage of Food 4 Less services via the website, including shopping online, getting coupons, store locator, and online food orders.

The addition of Food 4 Less has been a success for Kroger, as it has helped to expand the company's reach and customer base.

In 2014, Kroger made a move to acquire the 212-store supermarket chain, Harris Teeter, in a deal valued at about $2.5 billion. Additionally, Kroger assumed Harris Teeter’s outstanding debt of approximately $100 million during the acquisition. According to the Kroger CEO, the acquisition happened because the company foresaw Amazon.com getting into the grocery store business.

Therefore, Kroger made a move before Amazon bought Whole Foods in 2017. Harris Teeter also had more than 200 locations, contributing to Kroger’s overall growth. The acquisition was a strategic one for Kroger, and it has paid off in the years since. As Amazon has continued to make inroads into the grocery store business, Kroger has been able to stay ahead of the competition thanks to its early investment in Harris Teeter.

Smith's Food & Drug is a supermarket chain with a long and rich history. The company was founded in 1911, and over the next few decades, it established itself as a leading grocery store in the western United States. In 1997, Smith's was acquired by Fred Meyer in a $700 million stock deal.

As a result of this merger, Smith's became a division of Kroger, one of the largest grocery store chains in the world. Today, Smith's operates more than 100 stores across the United States, providing customers with access to a wide variety of food and household items.

Thanks to its longstanding commitment to quality and service, Smith's has built a loyal customer base that continues to shop at its stores on a regular basis.

Roundy's Supermarkets has been a subsidiary of Kroger since 2015. As a leading grocer in the Midwest, Roundy's operates about 150 retail grocery stores, which became part of the Kroger brand. Most of the stores under Roundy's operate under different banners in Illinois and Wisconsin. They include Pick 'n Save, Metro Market, and Mariano's.

Under the leadership of CEO Robert A. Gross, Roundy’s has been able to maintain its position as a top supermarket chain in the Midwest. The company is headquartered in Milwaukee, Wisconsin, and employs more than 18,000 people. In addition to its many grocery store locations, Roundy's also owns and operates two distribution centers and a manufacturing facility.

Mariano's is a grocery store chain owned by Kroger that operates primarily in the Midwest. Mariano's offers a variety of food and beverage options, as well as kitchen and dining items, furniture, and other groceries.

In conclusion, the Kroger company has been innovative and continuously acquired brands to expand its presence across the U.S. for 140 years.

Kroger’s commitment to meeting customer needs has made it the country’s largest grocer and a trusted name in the food industry.